At the age of seven he had a dream of being a stuntman. Though it didn’t seem like a real possibility at the time the dream never died.

In 1984 his hockey career peaked when he played semi-pro for the Montreal Canadiens AHL farm team in Sherbrooke.

A career ending injury put Mike on the path to a new career.

This was his life-long dream never forgotten by the young boy he once was. It was time to pursue a passion that lay to deep to quell, STUNTS.

In 1986 Mike was an extra in his first movie, “Spearfield’s Daughter”.

That was it, he was hooked. He knew right then and there that film was his destiny. For the next 21 years Mike would perfect his craft through tireless practice and painful perseverance.

With a dedication that drove him through impossible odds, he not only endured the industry, but also succeeded to surpass his own expectations.

The highlights of Mike’s career include such movies as “300″, “The Mummy III”, and “The Punisher”, as well as many more. He also doubled for such actors as Bruce Willis, John Malkovich, Tom Sizemore, and William Hurt to name a few.

After 20 years in the business, experience (and injury) has led Mike to the newest facet of his illustrious career. The next logical step… coordinating stunts.

In the short time since throwing this particular hat into the arena, he has already coordinated over 20 different projects, including many commercials.

Although he has been involved in over 600 film and television productions, his career is still only beginning. His aspirations and ambitions will no doubt lead Mike to new heights within the film industry. Only time will tell. 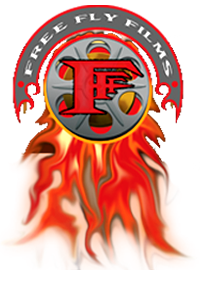